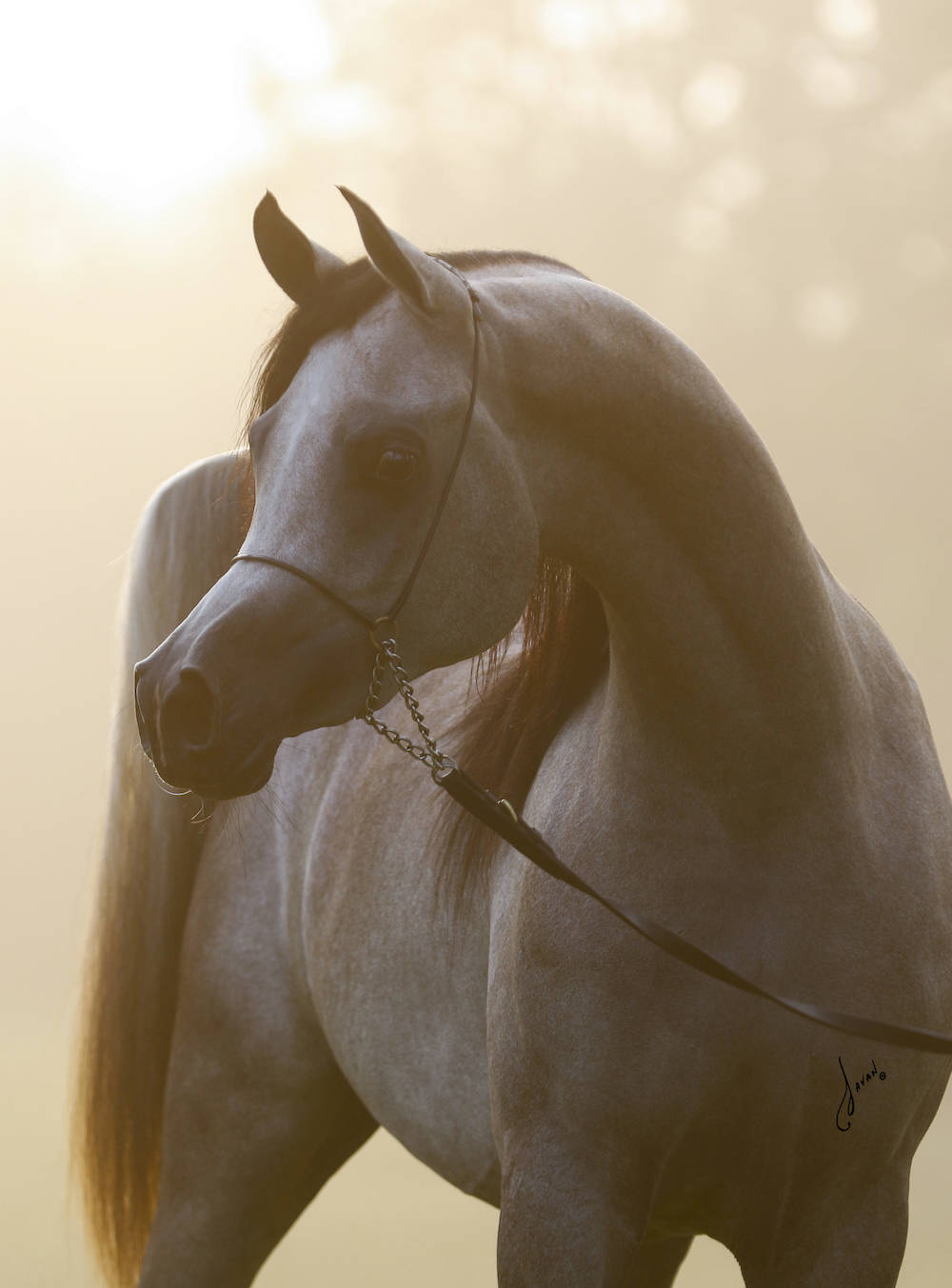 Imagine the possibilities – the very first foal from one of the most enchanting young mares in the breed, EXXALTRESS, combined with the global supremacy that continues to define the profound legacy of QR MARC. This is a story yet unwritten, one steeped in record-setting worldwide success, uniting the unparalleled influence of the biggest international icons of the new millennium – WH JUSTICE & MARWAN AL SHAQAB. As the reigning unanimous United States National Champion Two-Year-Old Filly, EXXALTRESS is a mare whose unequivocally bright future is on the rise. A full sister to U.S. National & Scottsdale Champion EXXALT, she is sired by the Spanish-bred EXCALIBUR EA, rightful heir to the WH JUSTICE/SHANGHAI EA succession of global excellence, who is redefining the standard for his family of achievers as the undisputed ‘King of the Show Ring’, besting the most lauded stallions in the breed on several occasions as twice All Nations Cup & European Gold Champion, as well as U.S. National, Dubai International, Menton & World Gold Champion with superlative scores. As a sire, EXCALIBUR’s credentials are just as impressive, adding further magnitude to EXXALTRESS’ pending foal with QR MARC, a stallion whose international domination continues to unfold exponentially. A multi-international champion himself, and chief progenitor of his immortal sire’s most exotic and ultra refined allure, World, All Nations Cup & Dubai International Gold Champion QR MARC has become the archetype of siring achievement throughout the breed, with iconic get such as EMERALD J, WIEZA MOCY, EQUIBORN KA, D MSHARY & EQUATOR illuminating the way.